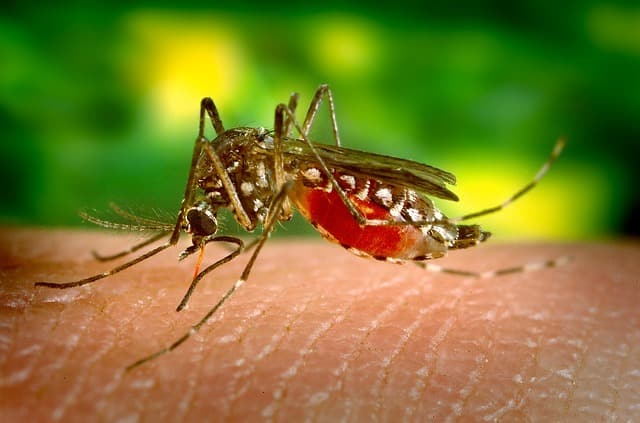 Dengue fever is a disease spread by the Aedes aegypti mosquito and is caused by one of four dengue viruses.

Once infected with one of the dengue virus, body will automatically develop immunity to that virus for the rest of the life. However, one can still be infected with the other three viruses.

It is possible to get all four dengue viruses in lifetime. The viruses that cause dengue fever are related to those that cause yellow fever and West Nile virus infection.

The Center for Disease Control and Prevention estimates that at least 400 million cases of dengue fever occur across the globe every year. Tropical regions are heavily affected. Areas that have the greatest risk of infection include:

Dengue is transmitted via the bite of a mosquito harboring the dengue virus. Person-to-person transmission does not occur.

Symptoms usually begin about 4 to 7 days after the initial infection. Young children and people who have never experienced infection may have a milder illness than older children and adults. Symptoms generally last for about 10 days and can include:

Blood tests to check for viral antibodies or the presence of infection.

There is no medication or treatment specifically for dengue infection.

Your doctor should perform a medical exam, and you should rest and drink plenty of fluids.

A small percentage of individuals who have dengue fever can develop a more serious form of the disease known as dengue hemorrhagic fever.

The risk factors for developing dengue hemorrhagic fever include:

Having antibodies to dengue virus from a previous infection

There is no vaccine to prevent dengue. The best method of protection is to avoid mosquito bites and to reduce the mosquito population. When in a high-risk area, you should:

Use mosquito repellent indoors and outdoors

Use air conditioning instead of opening windows

Ensure that window and door screens are secure,

Use mosquito nets if sleeping areas are not screened