Chickenpox, also called varicella and is a highly contagious disease cause 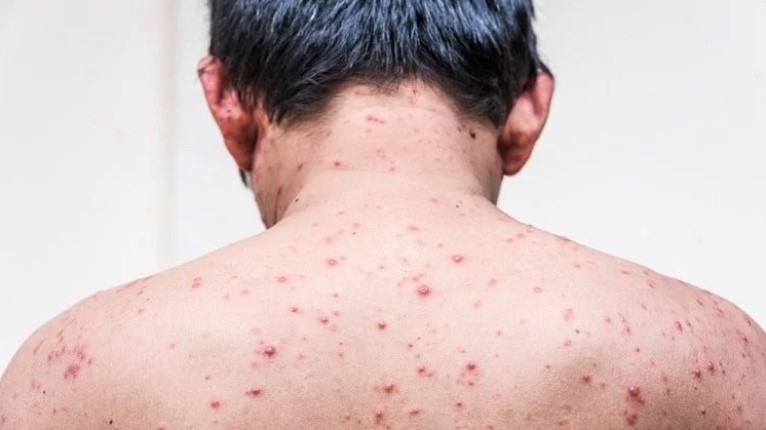 Disease is characterized by itchy red blisters that appear all over the body. It often affects children and was so common it was considered a childhood rite of passage.

Chickenpox occurs in all parts of the world.

In 2013 there were 140 million cases of chickenpox and herpes zoster worldwide.

It’s very rare to have the chickenpox infection more than once.

Since immunization, the number of infections in the United States has decreased nearly 90%.

An itchy rash is the most common symptom of chickenpox. The infection will have to be in your body for around seven to 21 days before the rash and other symptoms develop. You start to be contagious to those around you up to 48 hours before the skin rash starts to occur.

The non-rash symptoms may last a few days and include:

One or two days after you experience these symptoms, the classic rash will begin to develop. The rash goes through three phases before you recover. These include:

You develop red or pink bumps all over your body.

The bumps become blisters filled with fluid that leaks.

The bumps become crusty, scab over, and begin to heal.

The bumps on your body will not all be in the same phase at the same time.

New bumps will continuously appear throughout your infection. The rash may be very itchy, especially before it scabs over with a crust.

You are still contagious until all the blisters on your body have scabbed over. The crusty scabbed areas eventually fall off. It takes seven to 14 days to disappear completely.

Chickenpox is an airborne disease which spreads easily through the coughs and sneezes of an infected person.

Most cases occur through contact with an infected person. The virus is contagious to those around you for one to two days before your blisters appear.

VZV remains contagious until all blisters have crusted over.

The virus can spread through: saliva, coughing, sneezing and contact with fluid from the blisters

Exposure to the virus through previous active infection or vaccination reduces risk. Immunity from the virus can be passed on from a mother to her newborn. Immunity lasts about three months from birth.

Anyone who has not been exposed may contract the virus. Risk increases under any of these conditions: when

By noticing an unexplained rash, especially if it’s accompanied by cold symptoms or fever.

A physical exam of blisters on the body.

Call your doctor right away if:

The rash spreads to your eyes. The rash is very red, tender, and warm (signs of a secondary bacterial infection).The rash is accompanied by dizziness or shortness of breath. When complications occur, they most often affect:

People should take rest and stay at home to avoid spreading of infection as a protective measure.

Treatment of chickenpox in children is aimed at symptoms while the immune system deals with the virus. Children younger than 12 years old and older than one month are not meant to receive antiviral drug unless they have another medical condition which puts them at risk of developing complications.

You can also soothe itching skin by:

For adults, antiviral medicines are more often prescribe as it is effective in reducing the severity of conditions. Antiviral medicine does not kill the virus but stops it from multiplying. This will allow your body’s immune system to heal faster.

The chickenpox vaccine prevents chickenpox in 98 percent of people who receive the two recommended doses.

Child should get the shot when they are between 12 and 15 months of age. Children get a booster between 4 and 6 years of age.

Older children and adults who haven’t been vaccinated or exposed may receive catch-up doses of the vaccine.

Avoid the virus by limiting contact with infected people. Use good quality face mask for prevention of chickenpox.