What is a premature ejaculation? 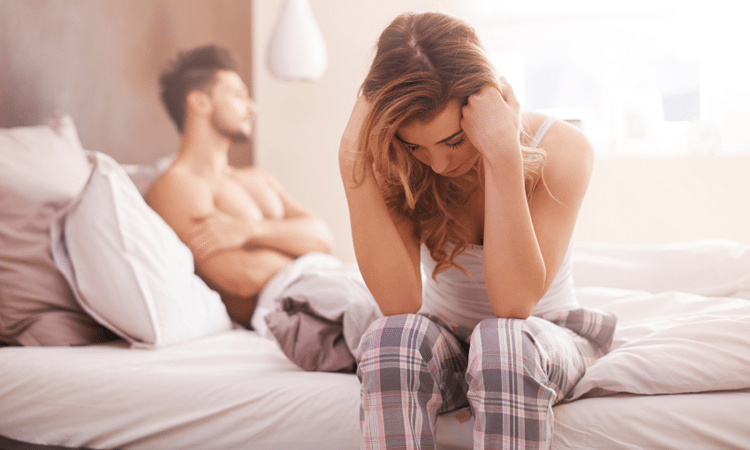 Premature ejaculation is a form of male sexual dysfunction and means having an orgasm or “climaxing” sooner than wanted.

Medically, the most persistent form of Premature ejaculation (primary or lifelong PE) is defined by the presence of the following three problems:

Premature ejaculation can cause a lot of embarrassment in boys and men, with a significant degree of stigma often attached to male sexual performance.

How many men experience premature ejaculation?

Information obtained through surveys puts the “self-reported” prevalence of PE in men as somewhere between 15 percent and 30 percent. However, the prevalence of medically diagnosed and diagnosable PE is much lower. This statistical disparity does not in any way diminish the suffering experienced by men who do not meet the strict criteria for diagnosis.

In one analysis of nearly 5,000 men in nine Asia-Pacific countries, 16 percent of men met the criteria for a diagnosis of PE on the five-question Premature Ejaculation Diagnostic Tool (PEDT). Probable PE was found in 15 percent of respondents, while 13 percent of men self-reported PE.

Primary or lifelong PE is the most persistent problem in men and describes a condition where men have rarely experienced sex without prematurely ejaculating. This is the least common form of the condition and is thought to affect around 2 percent of men.

Put simply; premature ejaculation involves a man ejaculating sooner than he and his partner desire.

Psychological symptoms are secondary to the physical ejaculatory events and can be experienced by the man, his partner, or both.

Most cases of PE(male sexual dysfunction) are not related to any disease and are instead due to psychological factors, including:

These common psychological factors can affect men who have previously had normal ejaculation; such cases are often referred to as secondary, or acquired, PE.

Most cases of the rarer, more persistent form – primary or lifelong PE – are also believed to be caused by psychological problems.

(Read also: 5 professions that have a high risk of male infertility and damaging his sperm count)

The causes of primary or lifelong PE can often be traced back to early trauma, such as:

The manual used by psychiatrists and psychologists for making a clinical diagnosis (known as the DSM-V) defines PE as a sexual disorder only when the following description is true:

“Ejaculation with minimal sexual stimulation before or shortly after penetration and before the person wishes it. The condition is persistent or occurs frequently and causes significant distress.”

A doctor will ask certain questions that are intended to help them assess symptoms, such as asking for an estimate of the time taken before ejaculation occurs (known as latency). Questions might include:

The majority of cases have a psychological cause and a good prognosis. If the problem occurs at the beginning of a new sexual partnership, the difficulties often resolve as the relationship goes on.

If, however, the problem is more persistent, doctors may recommend treatment in the form of counseling from a therapist specializing in sexual relationships, or “couples therapy.”

Doctors will not prescribe any medicines before taking a detailed sexual history to reach a clear diagnosis of PE.

Drug treatments can have unwanted side effects and these should be discussed prior to patients taking any medications.

While some doctors recommend dapoxetine, in some acquired (psychological) cases of PE as well as “lifelong” ones, the official license restricts its use to a man who meets all of these criteria:

Side-effects from dapoxetine can include nausea, diarrhea, dizziness, and headache.

Topical drugs applied to the penis to treat premature ejaculation

Another option for men with PE is a topical therapy – applied to the penis before sex, with or without a condom. These local anesthetic creams reduce stimulation.

Notable examples include lidocaine or prilocaine, which can improve the amount of time before ejaculation. However, longer use of anesthetics can result in numbness and loss of erection. The reduced sensation created by the creams may not be acceptable to the man, and the numbness can affect the woman, too.

(Read also: After Intercourse, Every Girl Must Do These Things!)

Here are three methods that could be helpful for men:

aims to improve a man’s control over ejaculation. This is by far the most simple technique and can be done alone or with a partner. The technique involves stimulating the penis and stopping just before you feel you are about to ejaculate. Stop the stimulation for 30-60 seconds and start again once you feel that you have regained control.

similar to above but the man gently squeezes the end of his penis – or his partner does this for him – for the duration of the 30-second pause before restarting stimulation.

Stimulation then resumes after this feeling has subsided. A man tries to achieve this three or four times, and up to several times, before allowing himself to ejaculate. It is essential to practice, and if there is a persistent problem with PE, it may be worth talking to a doctor.

How to do Kegel exercises for men

Don’t make a habit of using Kegel exercises to start and stop your urine stream. Some doctors think this could cause a bladder infection.